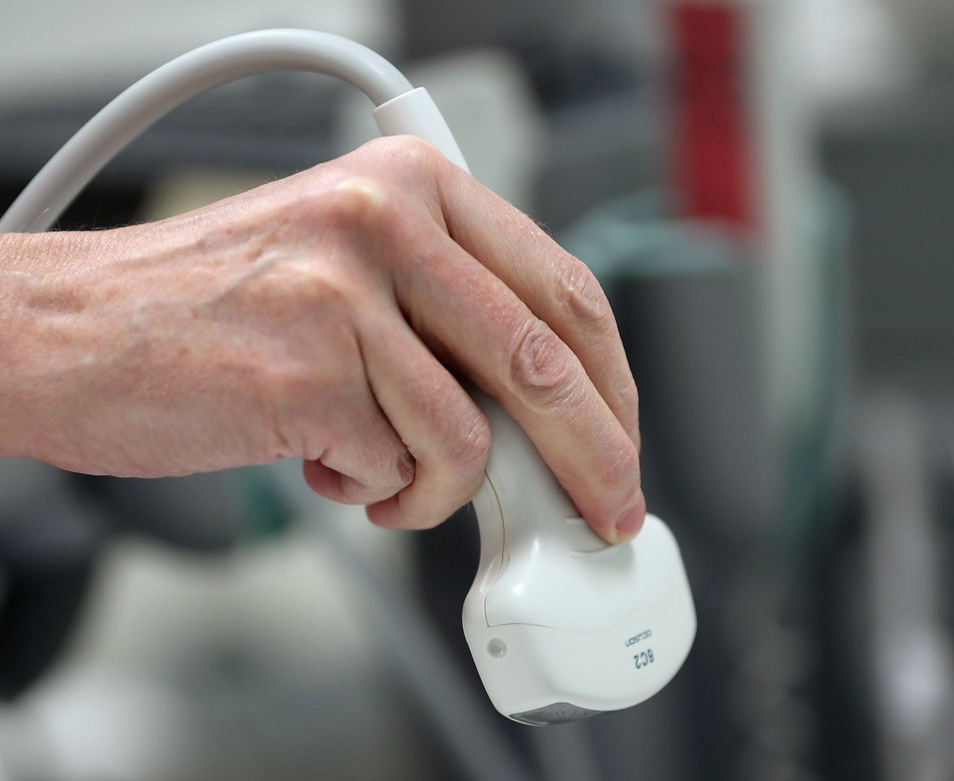 An ultrasound machine creates images called sonograms by giving off high-frequency sound waves that go through your body. As the sound waves bounce off organs and tissues, they create echoes. The machine makes these echoes into real-time pictures that show organ structure and movement and even blood flow through blood vessels. The images can be seen on a computer screen.

Ultrasound is very good at getting pictures of some soft tissue diseases that do not show up well on x-rays. Ultrasound is also a good way to tell fluid-filled cysts from solid tumors because they make very different echo patterns. It’s useful in some situations because it can usually be done quickly and does not expose people to radiation.

Very safe procedure with low risk complications, but has limitations

Ultrasound images are not as detailed as those from CT or MRI scans. Ultrasound cannot tell whether a tumour is cancer. Its use is also limited in some parts of the body because the sound waves can’t go through air (such as in the lungs) or through bone.

For some types of ultrasound exams, the transducer is pushed against and moved over the skin surface. The sound waves pass through the skin and reach the organs underneath. In other cases, to get the best images, the doctor must use a transducer that’s put into a body opening, such as the esophagus, rectum, or vagina. 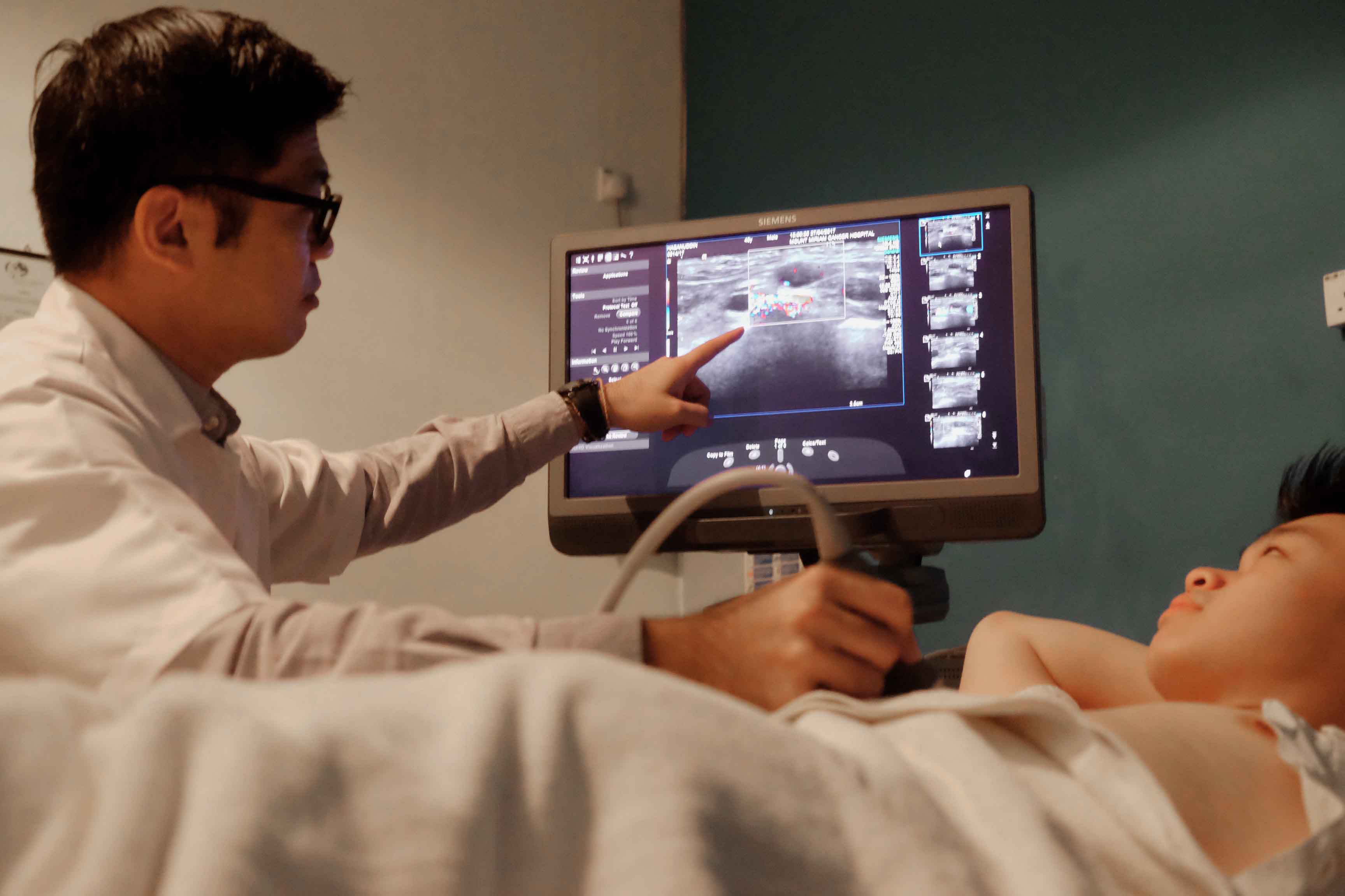 How does Ultrasound work?

An ultrasound machine has 3 key parts: a control panel, a display screen, and a transducer, which usually looks a lot like a microphone or a computer mouse. The transducer sends out sound waves and picks up the echoes. The doctor or ultrasound technologist moves the transducer over the part of the body being studied. The computer inside the main part of the machine analyzes the signals and puts an image on the display screen.

The shape and intensity of the echoes depend on how dense the tissue is. For example, most of the sound waves pass right through a fluid-filled cyst and send back very few or faint echoes, which makes them look black on the display screen. But the waves will bounce off a solid tumor, creating a pattern of echoes that the computer will show as a lighter-colored image.

How should I prepare for the procedure?

Ultrasound does not use radiation and usually takes only 20 minutes

For most ultrasounds, no preparation is needed, but it depends on what’s being studied. Your doctor or nurse will give you instructions about any steps to take before your test. Depending on the organ being studied, you may need to not eat, take a laxative, or use an enema. If you’re having an abdominal ultrasound, you might need to drink a lot of water just before the study to fill your bladder. This will create a better picture because sound waves travel well through fluid. 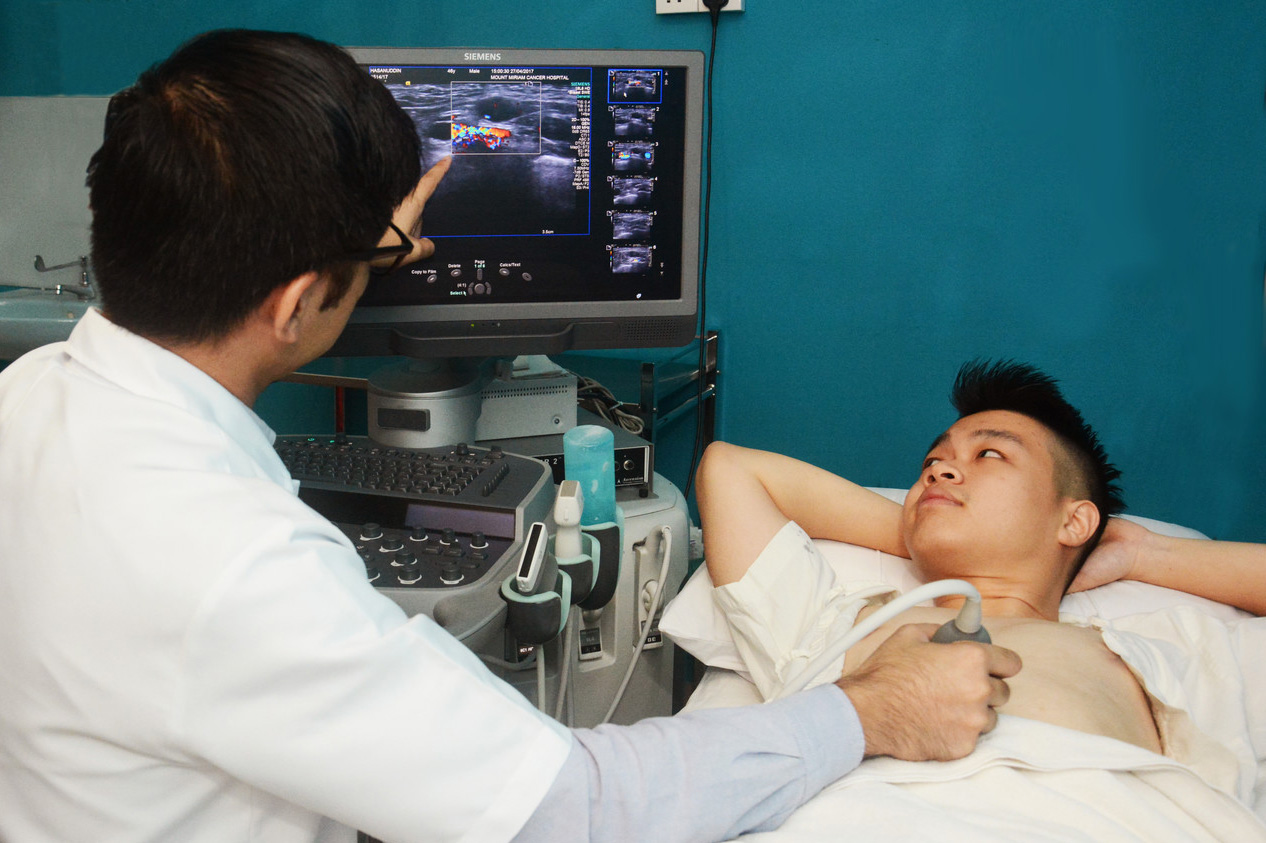 What to expect for Ultrasound?

Depending on the body part to be studies, you may need to change into a hospital gown. Most often you will lie down on a table. Your position will depend on the body part to be studied. The radiologist will put a water-based gel on your skin and move the transducer over the area to be checked. The gel both lubricates the skin and helps conduct the sound waves. The gel feels cool and slippery.

During the test the radiologist moves the transducer as it’s firmly pressed to your skin. You may be asked to hold your breath during the scan. The operator may adjust knobs or dials to increase the depth to which the sound waves are sent. You may feel slight pressure from the transducer.

After the test, the gel will be wiped off your skin. It will not stain your skin or your clothing. You may clean the area with water.